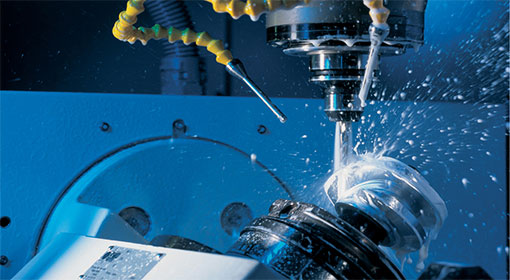 Examples of spindles include

On a lathe (whether wood lathe or metal lathe), the spindle is the heart of the headstock.

In rotating-cutter woodworking machinery, the spindle is the part on which shaped milling cutters are mounted for cutting features (such as rebates, beads, and curves) into mouldings and similar millwork.

Similarly, in rotating-cutter metalworking machine tools (such as milling machines and drill presses), the spindle is the shaft to which the tool (such as a drill bit or milling cutter) is attached (for example, via a chuck).

Spindle ball bearings are single-row angular contact ball bearings with a contact angle of 15° or 25° that can support load on one side. In respect of their design, their running accuracy and the materials used, they are optimised for highest speed and great bearing capacity.