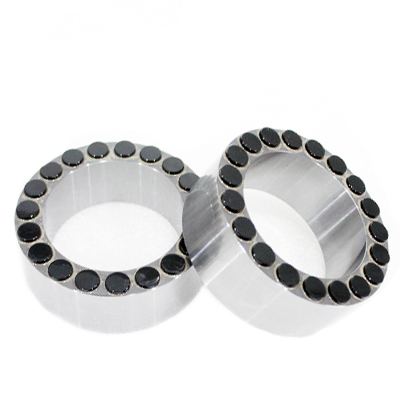 Diamond bearing PDC Thrust bearing are widely used for turbo drills and mud motors,we can supply the size from 1inch to 10inch in diameter with good quality and best price.

The bearings are available in size from 1inch to 10inch in diameter.

We can make PDC Radial bearing and PDC Thrust bearing as your specific drawings or samples.

widely used in turbo drills, mud motors and many other oil field applications.

Other oil and gas drilling tools

There are four type configurations:

The specifications：φ124 xφ80 x H26 φ148 xφ91.5 x H26 PDC bearings have high resistance to grinding and can operate at high temperatures (currently at a maximum temperature of 233 ° C) and can withstand large axial loads. PDC materials have a low friction coefficient and are not affected by natural or mud chemicals present in the well. Each pair of PDC thrust bearings consists of an upper ring and a lower ring, and each bearing ring contains a cemented carbide ring and a PDC cutter.

Ohterwise, they bear at very low rate, resulting in the PDC bearings lasting from 900 hours to many years,

It's depending on the application. ThePDC inserts also use highest quality steel. PDC  bearings are very suitable for process-fluid-lubricated applications, especially where abrasive particles are present in the fluid.The PDC surfaces maintain their geometry and exhibit minimal wear in the presence of these abrasive-laden fluids.

Our PDC and TC (Tungsten carbide) Radial Bearing advatages are as the following:

2) Extremely resistant to chipping, cracking, and flaking which are inherent problems in cladding or welded overlay processes.

6) Inner and outer components can be reconditioned. 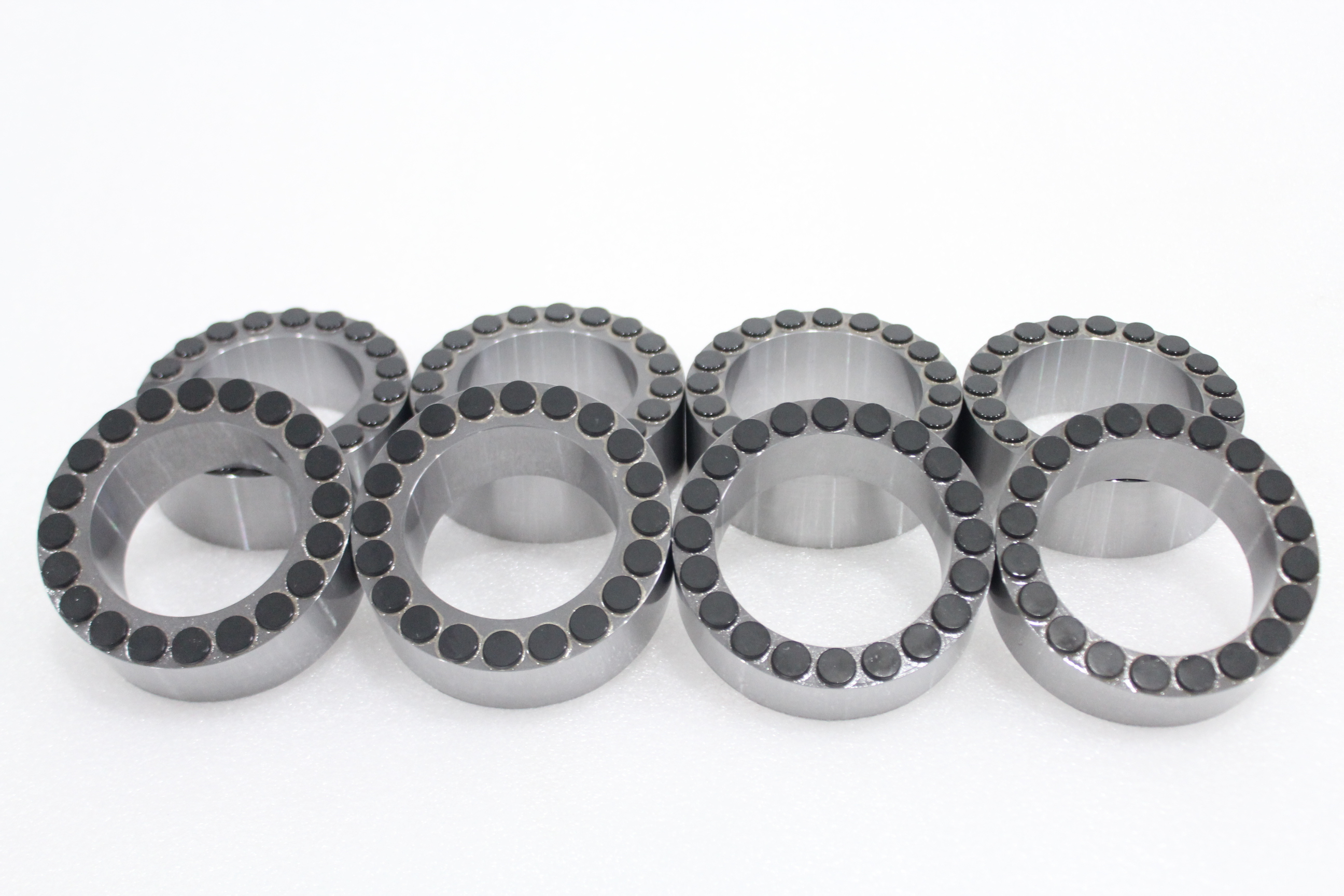